Channel 2 TV reports that 3 suspected tunnel piers were found inside one of the Gaza border communities.

The piers were found next to a kindergarten and a playground, just 100 meters from resident’s homes.


It isn’t clear whether these piers are dug out terror tunnels, or natural sinkholes connected by a tunnel.

The IDF has posted guards near the tunnels as a welcoming committee, just in case the tunnels are to be used for terror purposes.

IDF engineers will examine the holes and tunnel in the coming days to determine what the tunnel is.

The IDF stated, when they pulled out the ground forces from Gaza, that Israel’s residents can return to their homes in the south as the tunnel threat had been eliminated.

Israel destroyed 31 terror tunnels during the operation, 11 of which exited inside Israel. 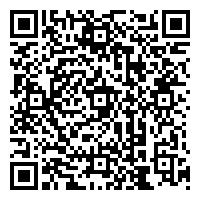