The Battle of Qalamoun began yesterday, leaving dozens killed on both sides, in fighting between Hezbollah vs. Jabhat al-Nusra forces and the Syrian Free Army, according to Arab sources.

Hezbollah chief, Hassan Nasrallah, talked about this upcoming, strategically important battle at the beginning of the year.


Qalamoun is located along the Syrian-Lebanon border.

During the battle between Hezbollah terrorists and Syrian Jabhat al-Nusra forces on Tuesday, 5 senior Hezbollah field commanders were killed.

Al-Nusra has been avoiding fighting in Qalamoun until now, in part, because snow on the ground made it battle conditions difficult, though Al-Nusra’s major concern is that the Qalamoun battles against Hezbollah will draw away resources from their ongoing and nearby battles against Islamic State, which they consider a higher priority at the moment.

Last week, Hassan Nasrallah said that the survival of Bashar Assad’s regime is critical for Hezbollah’s own continued existence.

But Nasrallah also said that Assad will never regain full control over Syria.

Jabhat al-Nusra is part of Al-Quida, while Hezbollah are Iranian proxies who support the Assad regime. 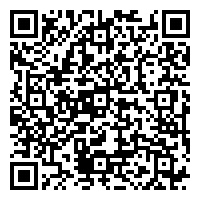