Wanabee Islamic State savages need only $25 to enter ISIS-controlled territory from Turkey, which U.S. intelligence director James Clapper said Thursday is not going to take an active role in the war against the ISIS.

He told the Senate Armed Services Committee that Ankara is more concerned with Kurdish opposition and its troubled economy.


The passage from Turkey to Syria is known as “jihad highway,” where $25 is enough for a lost soul to pay a smuggler to whisk him across to the dream of joining the ISIS and becoming a barbarian, if you are a man, or a slave to sex, if you are a woman.

“Public opinion polls show in Turkey they don’t see ISIL as a primary threat,” said Clapper, who referred to the ease of terrorists to travel in Turkey.

“And of course, the consequence of that is a permissive environment… because of their laws and the ability of people to travel through Turkey en route to Syria,” he explained. “So somewhere in the neighborhood of 60% of those foreign fighters find their way to Syria through Turkey.”

As usual, President Recep Erdoğan is missing the foreign policy boat. After he ditched Israel several yards ago and ran into the waiting arms of Bashar al-Assad and Mahmoud Ahmadinejad, he had a hard time escaping their deadly clutches when he woke up.

If the U.S.-led strike force does not eliminate the ISIS first, Erdoğan may come out of his stupor when is finds himself dressed in an orange jumpsuit.

Erdoğan is led by his ego and not common sense, and Turkish smugglers are led by money and not by morality.

The WorldPost described a 30-year-old Turkish smuggler, Jasim Qalthim, as a “devoted father” who smuggles people into ISIS territory. He explained that an ISIS official, a former Turk named “Abu Ali,” controls the border.

“All the soldiers are afraid of him. One time, he closed the border for 10 days, just because he was angry. He controls everything. He makes huge money and buys weapons and ammunition for ISIS,” Qalthim said.

So why does he continue to smuggle people?

He listed three reasons: He needs the money to fed his family, it’s easy work, and he doesn’t have to travel far from home. 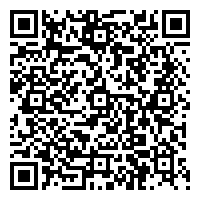