Terrorists targeted the Columbus campus of Ohio State University Monday morning in a Middle Eastern-style ram-and-stab terror attack. At least one of the two terrorists also had a gun, according to Fox News.

Staff, teachers and students were immediately advised by police to take cover, as officers raced to the scene. They swiftly shot and killed one of the attackers who was trying to stab people with what some witnesses said appeared to be a machete, on the downtown Columbus campus. It took “at least three bullets” to bring down the terrorist, witnesses told CNN.


All classes have been cancelled for the day, although the campus remains open.

Ten people were wounded in the attack and evacuated to local city hospitals, including one with critical injuries, numerous media reported.

According to a statement released by Ohio State University, the victims suffered injuries that included stab wounds, and being struck by a vehicle. There were also other injuries that were being evaluated, the statement indicated.

“A car with at least two people rammed Watts Hall,” the Columbus Dispatch reported via the Twitter social networking site. “One person had a gun and another had a large knife.”

The identity and motive of the attackers are unknown at this time.

FBI officials were on site within minutes, NBC News reported, as were officials from the Bureau of Alcohol,Tobacco, Firearms and Explosives, spokesman Dave Coulson told CNN.

The 58,000-student main campus hosts one of the largest student bodies in the nation. Ohio State University is home to a statewide student body of some 65,000 students. 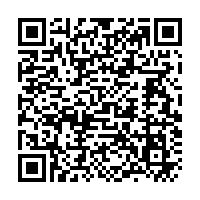