It’s too soon to say whether the U.N. is uncharacteristically cozying up to the State of Israel, but the Jewish State did earn two major acclaims from the U.N. this past week. David Olesker, founder and director of the Jerusalem Center for Communication and Advocacy Training (JCCAT) is in the studio with the good news:

First, the United Nation’s World Health Organization (WHO) recognized the Israeli army’s field hospital, which is regularly sent abroad to provide aid at natural disaster sites, as “the number one in the world” in a ceremony earlier this month. The IDF’s field hospital has the capabilities of an advanced, permanent hospital and can be set up almost anywhere in under 12 hours. Among its many services, it provides burn units, dialysis, reconstructive plastic surgery, and OB/GYN care.


Second, the United Nations approved an Israeli-sponsored resolution focusing on international innovation and development, entitled “Entrepreneurship for Sustainable Development.” This marks the first time that the U.N. has officially recognized that entrepreneurship might be a key mechanism in reducing poverty, creating sustainable development, and reinvigorating the environment. Olesker explains how the efforts of Israel’s Ambassador to the UN Danny Danon, and Israel’s many broad diplomatic efforts, made such a resolution happen.

Later in the show, musician/writer/fundraiser Noah Dinerstein shares with Heather his inspiring journey to becoming a Torah-observant Jew, and performs in-studio some of his terrific original music, which is featured throughout the segment.

Noah invites Israel News Talk Radio listeners to check out (and “like”) his Facebook page, and receive updates about his upcoming performances and studio recordings. 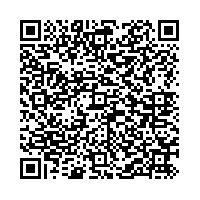