Nationwide, the audit counted 927 anti-Semitic incidents reported during the 2012 calendar year, a 14 percent decline from the 1,080 incidents in 2011.

The 2012 figures included 17 physical assaults, 470 cases of harassment, threats and events, and 440 instances of vandalism.

The vandalism figure represented a 33 percent increase over the 330 incidents in 2011. While a majority of the vandalism took place on public property or individual homes, Jewish institutions were targeted in 13 percent of the incidents.

The ADL recorded 248 anti-Semitic incidents in New York in 2012, representing a 27 percent increase from the 195 incidents in 2011. New York City’s five boroughs had a total of 172 anti-Jewish acts, including incidents of assault, harassment and vandalism, compared to 127 in 2011.

“While the great majority of Jewish New Yorkers feel comfortable and safe in their respective communities, it is nevertheless disturbing that we saw almost a 30 percent uptick in the total number of anti-Semitic incidents across the state,” said Etzion Neuer, ADL’s acting New York regional director. “ 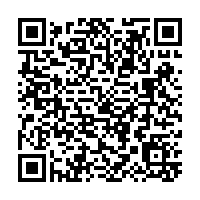