Gital Dodelson, the “chained” woman featured on the front page of the New York Post last fall, says she has received a get, or religious writ of divorce, from her husband.

The announcement appeared Wednesday afternoon on a Facebook page dedicated to helping Dodelson obtain a get and was confirmed by a publicist who has worked with the Dodelson family.


In a story than ran in the Post on Nov. 4, 2013, and in subsequent media interviews, Dodelson detailed her struggle to obtain a religious divorce from her ex-husband, Avrohom Meir Weiss, whom she had divorced in civil court in August 2012.

According to traditional Jewish law, or halachah, a woman must obtain a get from her husband to be considered divorced; women whose husbands deny them a get are called agunot, or chained wives.

Shira Dicker, the publicist who has worked with the Dodelson family in their public campaign to compel Weiss to give the get, said the pressure finally worked.

“The community pressure really just began to multiply, and then something changed,” Dicker told JTA.

Dodelson’s claim of having received the get could not be independently verified with Weiss, who is a great-grandson of the late Orthodox luminary Rabbi Moshe Feinstein.

Dicker said Dodelson will continue to advocate for the countless Orthodox women chained to recalcitrant husbands.

“The family wants to remain as agunah advocates,” Dicker said. “It doesn’t end with Gital’s get.” 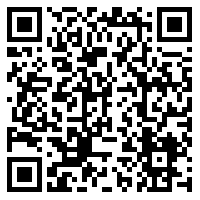