The Israeli Air Force has carried out approximately eight times more intelligence and surveillance flights than it usually does since the recent wave of Palestinian Authority and Israeli Arab terror.

“We usually fly 2 or three times a week, but last week, there were four or five every day,” said deputy IAF commander told the Air Force’s website.


The intelligence flights, including those of unmanned aircraft (UAVs), relay information to command centers and also to ground troops.

“We are ready at any moment and on every front, more than usual,” the commander added. 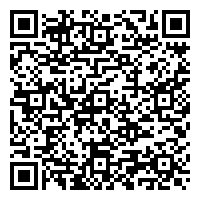