Poland is preparing to sue a Princeton University professor for libel in an article written last month alleging that Poles “in fact did kill more Jews than Germans during the war.”

Professor Jan T, Gross, a Polish-born Jew and historian, also stated that Polish intolerance is behind the country’s agreement to accept only 5,000 Syrian refugees instead of a larger number,


The article was re-published by the German newspaper Die Welt, prompting more than 100 complaints to the office of the Polish prosecutor. The prosecutor’s spokesman Przemyslaw Nowak told Polish television that the country’s criminal code “provides that any person who publicly insults the Polish nation is punishable by up to three years in prison.”

Gross previously has provoked Poland and wrote in a book n 2001 that Poles in the town of Jedwabne massacred several hundred Jews. 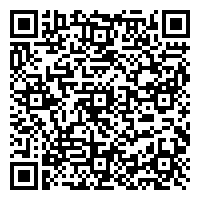