Faisal J. Abbas is the Editor-in-Chief of Al Arabiya English, who has covered the Middle East extensively working for Future Television of Lebanon and both Al-Hayat and Asharq Al-Awsat pan-Arab dailies. His column, calling on President Obama to pay attention to Netanyahu’s warnings, was published Tuesday.

Abbas opens by declaring that he is far from being a Netanyahu fan, nevertheless, “one must admit, Bibi did get it right, at least when it came to dealing with Iran.”

Abbas notes: “In just a few words, Mr. Netanyahu managed to accurately summarize a clear and present danger, not just to Israel (which obviously is his concern), but to other U.S. allies in the region.

“What is absurd, however, is that despite this being perhaps the only thing that brings together Arabs and Israelis (as it threatens them all), the only stakeholder that seems not to realize the danger of the situation is President Obama.”

Abbas confirms Netanyahu’s assertion that “the real Iranian threat is not JUST (caps in the original – JBN) the regime’s nuclear ambitions, but its expansionist approach and state-sponsored terrorism activities which are still ongoing.”

To prove his point, Abbas cites a recent column by Diana Moukalled, Web Editor at Future Television, describing how the Islamic Republic has been touting the terrorist activities of its national hero, General Qassim Soleimani, commander of the Quds Force.

Moukalled writes: “Soleimani is no longer that secretive personality whose role over the past two decades has lingered been between myth and reality. He is now telling us bluntly: Yes, I am Iran’s strongman who is responsible for the Iranian military’s expansion in Iraq, Syria, Lebanon, Yemen and Palestine.”

Speaking of spreading terrorism, Abbas notes that “not only is Iran responsible for sponsoring Shiite terrorist groups, but Sunni ones too. In fact, according to the U.S.’s own State Department, Tehran was home to a number of Al-Qaeda facilitators and high ranking financiers. These accusations are also backed by findings of the U.S. Treasury Department as well.”

So, don’t listen just to Bibi, President Obama, but to your own experts, right there in Washington DC.

Iran’s terrorists, Abbas concludes, “are in uniform, hold government positions and are not bothering to hide their evil plots anymore!”

Tuesday night, Prime Minister Netanyahu came close to suggesting that signing a deal with the Iranian leadership is a foolish exercise, because they will break it:

“Right now, Iran could be hiding nuclear facilities that we don’t know about, the U.S. and Israel. As the former head of inspections for the IAEA said in 2013, he said, ‘If there’s no undeclared installation today in Iran, it will be the first time in 20 years that it doesn’t have one.’

“Iran has proven time and again that it cannot be trusted. And that’s why the first major concession is a source of great concern. It leaves Iran with a vast nuclear infrastructure and relies on inspectors to prevent a breakout. That concession creates a real danger that Iran could get to the bomb by violating the deal.”

To read Faisal J. Abbas, permitting a situation in which these terror makers have quick access to atomic devices is simply insane. 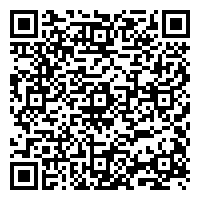