The forces also control a large swathe of territory in the western and central regions of the country, and in eastern Syria — leading to wide speculation about whether an emirate may soon follow. Iraq’s lucrative oil fields in the north are especially vulnerable — and profitable.

Now, the group is vowing to march on Baghdad, as the country’s parliament meets in an emergency session to vote on a request by Prime Minister Nouri al-Maliki to declare a state of emergency.

Up to half a million residents so far have fled Mosul, according to the BBC.

The UN Security Council said in a statement, meanwhile, that it “deplores in the strongest terms the recent events in the city of Mosul” and expressed concern for the hundreds of thousands who have since fled their homes. U.N. Secretary General Ban Ki-moon called on “the international community to unite in showing solidarity with Iraq as it confronts this serious security challenge”.

Faith in any help from the international community, however, is probably about as strong as that in help from America, which promised when it pulled out two and a half years ago to help Iraqi leaders “help push back against this aggression.” And then left them to twist in the wind. 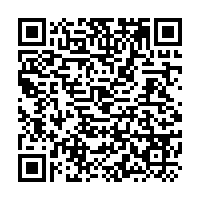