(JNi.media) Arab readers of the Arabic version of Aljazeera responded with astonishment at the restraint shown by an armed Israeli soldier, who was filmed while a group of female villagers physically assaulted him during a rally.

Internet viewers were treated last Friday to stunning images of a lone IDF soldier, separated from his unit and seeming terribly inexperienced and frightened, despite the submachine gun slinging aimlessly from his shoulder, as he was attempting to hold on to a boy who had thrown rocks at him—while a gang of angry women were piling up on him, trying to almost literally sever the child from his grasp.


Nabi Saleh is a tiny Arab village—just 530 residents—located 14 miles northwest of Ramallah. Nabi Saleh’s residents have staged weekly demonstrations for as long as anyone remembers, over a land dispute with the nearby Jewish village of Halamish. The protests almost always involve the village youth hurtling rocks at IDF soldiers.

At this point, had the Nabi Saleh residents let one Friday go by without a demonstration it would probably attract more media attention than their rallies do, which is the fate of all routine events in our 24-hour news cycle. But last Friday the villagers scored a big one, when a green IDF soldier was separated from his unit, and trapped by a raging, mostly female mob.

The pictures — Arab paparazzi are always on hand in Nabi Saleh on Fridays — hit the Web and drew the expected outraged reactions in the West, with one exception: Arab readers of the Arabic version of Aljazeera responded with astonishment at the Israeli soldier’s almost fiendish restraint.

A hat tip to Facebook user Shay Ket, who translated those comments into Hebrew, which JNi.media translated into English:

Ahmed Elsayed wrote: “When I saw an Arab child dying of hunger and another drowning in the sea and the fish eat it when he escapes death to the West …. I became convinced that the worst thing produced by the Arab countries are the Arab rulers.”

Ahmed Issa: “Many commentaries say ‘The Israeli soldier is kinder than Arab soldiers,’ and this is true. But don’t forget that the Arab soldier follows the orders of tyrannical Arab leaders, and he’s not interested in his image, while Israel markets itself to the West as a bastion of democracy and human rights, and every Israeli soldier has a thousand faces: in front of the camera and behind the camera.”

Tita: “If it had happened in Egypt, they would have shot that boy with live ammunition instead of being so considerate.”

Amin: “Honest to God, it’s a shame that women are fighting and the men look on.”

Osama: “Note how although he had a weapon, and although he is a soldier of the Zionist entity, he did not shoot him in the head. Imagine the same thing [happening] in Arab countries, how our people would have acted…”

In a related story, The Daily Mail revealed on Saturday that one young girl who is taking a bite out of the soldier’s right hand in those images, is Ahed Tamimi, whose parents, Bassem and Nariman, also in the images, are renowned Palestinian activists in the village of Nabi Saleh, which is a perpetual site for Palestinian rallies, mostly violent. Nicknamed “Shirley Temper” by the blog Israellycool and dubbed a “Pallywood” star by Prof. Richard Landes, Tamimi was given the Handala Award for Courage by Turkish President Erdoğan, in the city where she says she’d prefer to live—Istanbul. 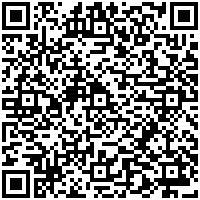