At least five shots were fired at an Israeli vehicle in a drive-by terror attack from a passing vehicle near the Jewish community of Kedumim early Sunday afternoon, according to the IDF Spokesperson’s Unit.

The attack took place near the Jit Junction. The driver, a man age 46, miraculously was only lightly wounded with a gunshot wound to his hand. The terrorists escaped; they were seen to be driving on into territory controlled solely by the Palestinian Authority, Israel Radio reported.


Emergency medical teams treated the victim in Kedumim, where he managed to drive himself to safety, before taking him to nearby Meir Medical Center in Kfar Saba.

IDF forces are searching for the attackers.

An IDF soldier was struck by a car late Saturday night and injured in what is believed to be another vehicle terror attack, this one carried out near Hebron in Judea. 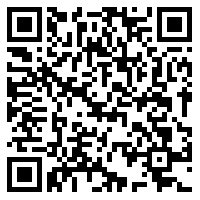