What a strange coincidence. Yossi Beilin was spotted flying out of London’s Heathrow airport on Thursday afternoon.

Beilin was the initiator of the secret “behind the government’s back” effort that brought the PLO and their terror into Israel, via the Oslo Accords.


US Secretary of State John Kerry was also in London at the same time, ostensibly for “different reasons”, and met with Tzipi Livni for”“an opportunity for them to catch up since the pause in the negotiations.”

Later that evening, Israel’s peace negotiator Tzipi Livni met with PA president Mahmoud Abbas to discuss the failed peace process, as part of what was supposedly a private initiative on her part.

As it happens, Kerry also met with Abbas while they were there.

Beilin and Abbas were the two main negotiators of the Oslo Accords. The initial secret meetings between Ron Pundak and the PLO took place first in London, then in Oslo.

So let’s see, Beilin, Kerry, Livni and Abbas all in London together at the same time.

A week earlier, after he was reportedly done bashing Israel, Martin Indyk met with Ehud Barak in a Washington D.C. bar for a long talk.

Netanyahu even made a point on Saturday night to let it be known that Livni did not represent the government in that conversation.

Is this another “behind the government’s back” attempt to foist another secret deadly peace process onto the rest of us?

Should we be worried?

Maybe we can get Jack Bauer to save us from them, I hear he’s in London too. 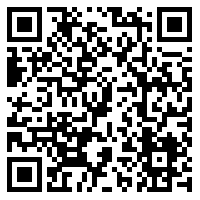