The Washington Free Beacon is reporting that Martin Indyk spent a half hour bashing Israel over drinks, and blaming Israel for the failed peace talks. All this, right before a meeting with Ehud Barak, at that same D.C. Ritz-Carlton hotel bar on Thursday night.

“What you’ve heard is categorically false. It didn’t happen, period,” said Marie Harf. “After Ambassador Indyk gave a public speech where he said both sides were responsible for the breakdown in talks, he spent five minutes chatting with his team—and did not say one word about Israel.”

“That was it. What your secondhand source has told you is just not true,” Harf said.

In a separate report, the Washington Free Beacon reports that Indyk is the anonymous official source behind the media attacks on Israel.


The US government has been blaming Israel for the collapse of the peace talks, and specifically blaming settlement construction.

The only problem with that theory, is that the conditions of the talks specifically did not require any settlement freeze at all.

What the talks did require was that the Palestinian Authority not unilaterally go to the UN, which they did. While it was the PA’s decision to unify with the Hamas terror group that put the nail in that coffin.

Martin Indyk was heavily involved in the Oslo Acords which brought the PLO into Israel and all the subsequent Arab terror attacks against Israel that followed.

Sanders, Warren, Quick to Reject US Statement on Legality of Jewish Settlements

Trump’s Chief Israel Adviser: ‘He Does Not Define Settlements as Obstacle to Peace’ 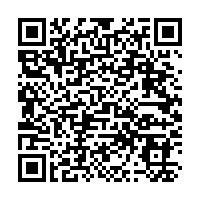