On August 26, for the first time ever in Israel, Tel Aviv will celebrate a special day for dogs.

Earlier this year, Christopher Muther wrote in the Boston Globe that Tel Aviv is the gayest city on earth. “Tel Aviv is, for lack of a better description, super gay,” he told his readers, adding, “The long-standing rule of thumb is that 10 percent of the population is gay, give or take. The estimate by officials in Tel Aviv is 25 percent of its population is gay.”


So now Tel Aviv, which is already recognized as the friendliest city to gays, is claiming the title of the friendliest city in the world to dogs, with one dog for every 17 Tel Avivians, which the city fathers (and mothers) say is the highest number of per capita dogs on the planet.

They might get a run for their shekel from the State of Vermont which sports 70.8% of whose households own a pet — although these figures don’t specify if it’ a dog, a cat, or an iguana.

The city-wide dog day will be celebrated at the Bnei Dan Dog Park near the Yarkon river with many attractions for the canines of Canaan, including Tel Aviv startups that serve dogs and their owners, unique products for doggie birthdays, sushi for dogs, and a dog spa.

The city of Tel Aviv also prides itself on an animal shelter with a no-kill policy; the fact that homeless animals are treated 24/7 by the city’s vet services; the city animal patrol readily checks complaints of animal abuse; and the municipality last month organized a special screening of the movie “The Secret Life of Pets” for dogs and their owners. 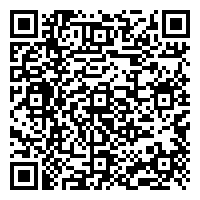