Christopher Muther wrote in the Boston Globe Friday that Tel Aviv is the gayest city on earth. “Tel Aviv is, for lack of a better description, super gay,” he told his readers, adding, “The long-standing rule of thumb is that 10 percent of the population is gay, give or take. The estimate by officials in Tel Aviv is 25 percent of its population is gay.”

Back in February, gay Iranian poet Payam Feili who fled his homeland after harassment and arrest has requested asylum in Israel. Since he had arrived on a tourist visa, he would not have normally been a candidate for permanent residency, but Israeli authorities have granted his request, because Iran has executed an estimated 4,000 homosexuals since 1979. In fact, for a country governed for almost a decade by rightwing parties, Israel is exceptionally accepting of gays.


Back in 1963, Israel nullified its sodomy laws, and in 1988 legalized same-sex sexual relations. In 1992 the Knesset passed legislation against employment discrimination of gays, in 1993 openly gay Israelis were included in the draft, and, also in 1993, the first “gay pride” parade took place — in Tel Aviv.

From its inception in 1909 on the sands north of the ancient city of Jaffa, Tel Aviv has always had a reputation as Israel’s center of the arts, complete with sprawling sidewalk cafés, teeming boulevards and beautiful people. In Israel’s tough exterior “Sabra” society it was always the soft, and cherished exception. But when did it become not just gay, but the gayest of gay cities?

“Perhaps hedonism is a good place to start in describing my experiences,” Muther wrote. “It was an ordinary Wednesday night, yet the weekend had unofficially begun. At a gay dance party … the crowd didn’t arrive until 1 AM, and the evening wasn’t in full swing until about 2 AM. There was no apparent reason for the thump-a-thump-a-thump of the midweek electronic music except that it’s fun to stay out very late.”

“It’s like this all the time,” he quoted Guy Leitersdorf, who developed an app that tracks the club scene.

Back in 2012, Tel Aviv was named the world’s number one gay city by an American Airlines and GayCities.com survey of gay travelers. Tel Aviv got 43% of the votes, beating out runner-up New York City with a measly 14%, and Toronto with 7%. GayCities described Tel Aviv as “the gay capital of the Middle East is exotic with a Mediterranean c’est la vie attitude.” San Francisco, supposedly the gay capital of the US, didn’t even rate a mention.

Lapid to Visit Turkey After Herzog Thanks Erdoğan for Protecting Israelis 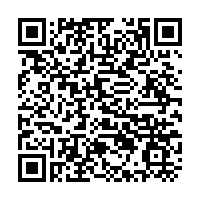