Aly Raisman, a Jewish American, won the floor exercise in helping the U.S. women’s team to the gold medal in the gymnastics competition at the London Olympics.

Earlier this week, Raisman’s parents became part of You Tube lore with their clip of performance anxiety (Aly’s performance, that is).

Raisman, 18, of Needham, Mass., scored 15.300 in the floor exercise to win the event, performing her routine to a string-heavy version of “Hava Nagila” as she did on Sunday. Raisman also had performed to “Hava Nagila” when she gained a berth on the U.S. team last year.

Raisman is favored to win the all-around individual competition on Thursday, as well as the floor exercise on Aug. 7, when she also will be competing in the balance beam final. She and Gabby Douglas are representing the U.S. in the individual finals.

Raisman is a recipient of the Pearl D. Mazor Outstanding Female Jewish High School Scholar-Athlete of the Year Award given out by the Jewish Sports Hall of Fame in New York. 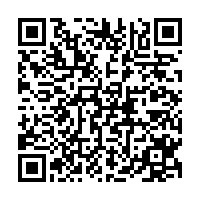