A clip from NBC showing Olympic gymnast Aly Raisman’s parents’ reaction to her uneven bar routine has garnered close to 100,000 hits on You Tube, combining all the various copies available online.

The clip shows Raisman’s mother and father commenting on their daughter’s routine from the stands. Her mother, Lynn, says, “Let’s go, let’s go,” and “Come on, come on,” while shifting in her seat, and her father, Rick, remains silent until yelling “Stick it, please, stick it!” at the end of Raisman’s routine.

“Does anyone else feel sorry for Aly Raisman after seeing that video of her parents? It’s nice that they want her to do well, but the girl has ALREADY accomplished SO MUCH! Seeing them openly stress that much over her performance makes me wonder how they reacted when she didn’t stick it in past competitions. Parents that are that worried over their child’s performance add even MORE stress, and take away the fun of competing. Granted, she’s not a little girl any more, she’s a grown Olympian representing her country now, and she’s WAY past the point where everyone is a winner and everyone should get a participation trophy. I just feel bad that her parents don’t give her that set of eyes that would be proud of her for getting that far even if she fell on her face. Everyone deserves that…even Olympians.”

“You are exactly where you are supposed to be 😉 You have been consistently patient and dedicated. Shine bright tomorrow, both for the team and for yourself! You have shown such grace and dignity in the face of all the controversy surrounding the finals. Continue to hold your head high and make yourself, your coaches, your parents, and your country proud. YOU are what every Olympic athlete should strive to be!!”

Well, that wasn’t much pressure at all…

Finally, here’s Aly Raisman’s uneven bars performance at the U.S. Olympic Trials. We weren’t able to get the clip of the performance that actually sent her parents reeling, but we think it probably looked something like this:

And here’s a floor performance by Aly Raisman. Note the distinctly Jewish music she picked for her routine: Raisman, 18, is Jewish and has been honored by the National Jewish Sports Hall of Fame. Her performance in the qualifying round in the London Games earned her a spot in the all-around finals on Tuesday. 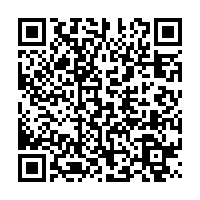