Speculation that Amazon is looking to set up shop in Israel increased Thursday when the online retail giant published a wanted ad on Linkedin seeking an English-Hebrew translator for its Luxembourg based localization team.

According to the add, Amazon is looking for a “linguist to join our team as a Translation Specialist (US-HE).”


The job ad said the candidate’s role would include “providing manual translation during the launch phase of a new language combination;” supporting the “training and development of a machine translation engine;” and working with freelance translators.

The want ad is the latest in a series of steps taken by the company that have led industry observers to conclude Amazon is on the way to setting up online retail activities in Israel.

Amazon entered the Israeli market in 2015 when it purchased chipmaker Annapurna Labs for some $350 million for its cloud computing unit, Amazon Web Services, and, since announcing plans last October to set up a development center for its Alexa shopping platform, has been aggressively headhunting top tech talent, offering salaries way in excess of industry standards.

The company recently dramatically increased the number of products that can be shipped to Israel by third party vendors and included Israel in its Amazon Global program that allows consumers to pay directly in their own currency. Late last year, reports surfaced that the company was looking for warehouse space to set up local retailing operations and was even negotiating with troubled generic drugs giant Teva to take over its state of the art logistics facility in Rosh Haayin. 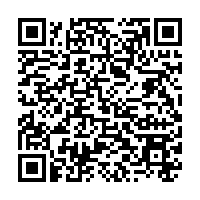