Eddie Dribben, one of the first settlers in Kiryat Araba and Hebron, passed away Thursday morning at age 85. Malachi Levinger wrote in his Facebook page that Dribben was a dedicated man who brought to life with his own ten fingers the industrial park of the City of the Patriarchs. Dribben remained dedicated and focused despite the tragedy that struck him and his wife Sara, when their son Dov was murdered by local Arabs in 1998.

Dov Dribben was ambushed by eight Arabs as he was working near the Jewish community of Havat Maon. At the time, then Prime Minister Benjamin Netanyahu, speaking at a news conference in Jerusalem with visiting British Prime Minister Tony Blair, said that “this young man was killed in cold blood,” and declared that “it’s straightforward murder.” But in 2004, a military court acquitted the central suspect in the Dov Dribben murder, Ahmed Dababsa, who was also found not guilty on a second count of attacking and injuring Dribben’s two friends, Yehoshafat Tor and Efraim Perl.


Eddie Dribben, a former Texas Ranger who made aliyah in 1954, reacted with shock to the court’s decision, saying, “I’ve spent all my years in Israel farming and herding sheep right alongside the Arabs. My Arabic is as good as my Hebrew. Only someone who doesn’t have a close familiarity with the inner workings of the Arab clans and doesn’t understand that such a decision to murder a Jew is reached by an entire clan and everyone knows about it, could make such a ruling. It is plain stupid.”

Eddie Dribben’s funeral will leave his home in the industrial park of Kiryat Arba at 3:30 PM Thursday, on its way to the Cave of Machpela plaza, where eulogies will begin at 4 PM. The burial at the old Jewish cemetery of Hebron is scheduled for 5 PM. 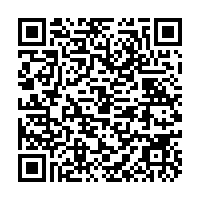