(JNi.media) Amnesty International issued a report Wednesday saying there is “strong evidence” the IDF committed war crimes in Gaza in its attempt to release Lt Hadar Goldin, a soldier kidnapped by Hamas last summer, during the Gaza war.

The report says at least 135 civilians were killed in Rafah, as Israel employed a “‘gloves-off’ policy with devastating consequences for civilians.” The soldier was later declared dead.


Israel said the report is “fundamentally flawed in its methodologies, in its facts, in its legal analysis and in its conclusions,” and one-sided, bringing “into serious question Amnesty’s professional standards.”

Lt Goldin was captured by Hamas and dragged into a tunnel. The IDF invoked an order known as the Hannibal Directive, using extreme firepower on the area of the kidnapping, to try and stop prevent Hamas from moving Goldin away.

In Amnesty’s opinion, using the directive “led to the ordering of unlawful attacks on civilians.” It claims 75 children were among the Palestinian who were killed.

“There is strong evidence that Israeli forces committed war crimes in their relentless and massive bombardment of residential areas of Rafah in order to foil the capture of Lt Hadar Goldin, displaying a shocking disregard for civilian lives,” said Amnesty director Philip Luther.

“This report presents an urgent call for justice that must not be ignored. The combined analysis of hundreds of photos and videos, as well as satellite imagery and testimony from eyewitnesses, provides compelling evidence of serious violations of international humanitarian law by Israeli forces which must be investigated,” Luther said.

The report suggests “there is consequently strong evidence that many such attacks in Rafah between August 1 and 4 were serious violations of international humanitarian law and constituted grave breaches of the Fourth Geneva Convention and other war crimes … they may also constitute crimes against humanity.”

Israel said the Amnesty report is misleading, creating a “false narrative” which turns an entire four day period of military operations into part of the same Hannibal Directive, as if everything that took place in Rafah in those days can be lumped into a continuous, direct response to Lt Goldin’s capture.

The Hannibal Directive, conceived in 1986 by a group of top Israeli officers, states that at the time of a capture the main mission becomes to force the release of captured soldiers from their captors, even if that means injury to Israeli soldiers. HD allows commanders to take whatever action is necessary, including endangering the life of a captured soldier, to foil the capture. But HD does not allow for a soldier to be killed in order to prevent his capture, according to IDF chief of staff Benny Gantz. 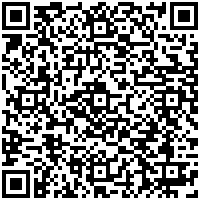