“In Gaza, Lebanon, Libya, Syria, and other places I interviewed civilians who described what they thought were artillery or bomb strikes being launched by far away government forces and striking near their homes – whereas in reality the loud bangs and tremors were caused by mortars or rockets being launched by opposition fighters from their positions nearby. For the untrained ear it is virtually impossible to distinguish between incoming and outgoing fire, and all the more so for those who find themselves close to the frontlines.

“Fear can lead victims and witnesses to withhold evidence or give deliberately erroneous accounts of incidents. In Gaza, I received partial or inaccurate information by relatives of civilians accidentally killed in accidental explosions or by rockets launched by Palestinian armed groups towards Israel that had malfunctioned and of civilians killed by Israeli strikes on nearby Palestinian armed groups’ positions. When confronted with other evidence obtained separately, some said they feared reprisals by the armed groups.

Responding to the article, Honest Reporting notes that much of Rovera’s faulty “reportage,” is often cited by anti-Israel groups to vilify not only Israel’s presence in Judea and Samaria, but in the Land of Israel at all.

“Human rights reports “spread quickly and then become widely believed – including by “unbiased” NGOs – before anyone has a chance to investigate,” said the website. 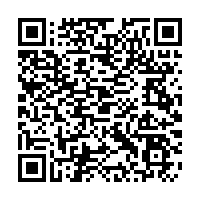