What took the US State Department so long to designate the Boko Haram a terror group?

After all, it isn’t as if the department under Secretary of State Hilary Clinton’s was unaware of the nature of the group. As Josh Rogin, a reporter for The Daily Beast,  reports:


The State Department under Hillary Clinton fought hard against placing the al Qaeda-linked militant group Boko Haram on its official list of foreign terrorist organizations for two years. And now, lawmakers and former U.S. officials are saying that the decision may have hampered the American government’s ability to confront the Nigerian group that shocked the world by abducting hundreds of innocent girls.

Mrs. Clinton has furiously criticised the Islamist group in recent weeks – “Access to education is a basic right & an unconscionable reason to target innocent girls. We must stand up to terrorism. #BringBackOurGirls – she Tweeted in early April. But Rogin says that Clinton’s indignation today rings empty, given her own refusal to act against the group when she had the chance.

“Her own State Department refused to place Boko Haram on the list of foreign terrorist organizations in 2011, after the group bombed the UN headquarters in Abuja. The refusal came despite the urging of the Justice Department, the FBI, the CIA, and over a dozen Senators and Congressmen.

Rogin continued: “The one thing she could have done, the one tool she had at her disposal, she didn’t use. And nobody can say she wasn’t urged to do it. It’s gross hypocrisy,” said a former senior U.S. official who was involved in the debate. “The FBI, the CIA, and the Justice Department really wanted Boko Haram designated, they wanted the authorities that would provide to go after them, and they voiced that repeatedly to elected officials.” 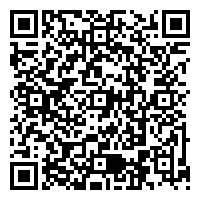