The Social Democrats (SPD) have won roughly 33 of the 149 seats in Berlin’s state assembly, and will continue to lead a coalition government, although it appears that their former partner, the local chapter of Chancellor Angela Merkel’s Christian Democratic Union (CDU), may no longer be useful, having finished with 17.5% of the vote, its worst showing since 1990. Going into the election, incumbent mayor Michael Müller led a grand coalition of his SPD and the CDU. Meanwhile, Berlin voters have welcomed the anti-immigrant party Alternative for Germany (AfD), giving them 12.9% of the vote and representation in the tenth regional assembly out of Germany’s 16.

The AfD, founded in 2013 as a middle class, conservative party, has adopted last spring a platform based on opposition to Islam, including a call for banning Islamic symbols such as burkhas, minarets and the call to prayer, under the slogan, “Islam is not a part of Germany.” The party is also opposed to gay marriages and denies the role of industry and technology in causing global warming. And it supports reinstating the draft in Germany.


The Frankfurter Allgemeine Sonntagszeitung wrote on Sunday that the AfD gains in a major city like Berlin prove that the party “doesn’t just benefit from discontent in rural areas but can establish itself … in a city of millions that is known for its open lifestyle.”

According to the Wall Street Journal, the AfD, who score as high as 15% in national polls, took 20.8% of the vote and finished ahead of the Christian Democrats in the state election in the northeast region of Mecklenburg-West Pomerania two weeks ago.

Incidentally, according to an ARD exit poll, only 32% of Berlin voters said they were afraid of refugees, while 55% said they saw refugees as enriching life in Germany.

The SPD is expected to form a new regional coalition government with the Left and the Greens, who suffered a 2.5% drop to 15.1%.

Mayor Müller warned on Saturday night that a strong AfD showing would be “seen throughout the world as a sign of the resurgence of the right and of Nazis in Germany.” Well, what do you know…

And so, as Germany is stepping once again into a period of economic and political uncertainty and the EU is still licking its wounds following the UK’s departure, the reader is encouraged to avoid reading history books, because they’ll only upset you. 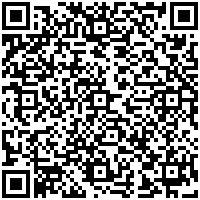