Pottery sherds, or fragments, discovered by an Israel Antiquities Authority inspector several months ago, during extensive work by the Netivei Israel – National Transport Infrastructure Company, Ltd. on the new Highway 1 project resulted in an archaeological excavation. A previously unknown settlement from the Late Second Temple period was discovered, as well as a rare hoard of coins that was found in one of its houses along the new highway connecting Jerusalem and Tel Aviv. The hoard, which was kept in a ceramic money box, included 114 bronze coins dating to the Year Four of the Great Revolt against the Romans. This revolt led to the destruction of the Temple on Tisha B’Av (the ninth day of the Hebrew month of Av), 2,000 years ago.

“One of the significant points of the find is that all the coins were all dated to the same year and each have the same worth,” Pablo Betzer, one of the excavation directors of the Israel antiquities Authority told Tazpit News Agency. “The location of the find is also significant as it was found outside Jerusalem.”


According to Betzer and Eyal Marco, the other excavation director on behalf of the Israel Antiquities Authority, the hoard appeared to have been buried several months prior to the fall of Jerusalem. “It provides us a glimpse into the lives of Jews living on the outskirts of Jerusalem at the end of the rebellion.”

“Evidently someone here feared the end was approaching – perhaps he could see the advancing Roman army and did not want to take a chance. He hid his property in the hope of collecting it later when calm was restored to the region,” Betzer told Tazpit.

The hoard was concealed in the corner of a room, perhaps inside a wall niche or buried in the floor and was discovered after three weeks of digs in the area. Two other rooms and a courtyard belonging to the same building were exposed during the course of the archaeological excavation. The structure was built in the first century BCE and was destroyed in 69 or 70 CE when the Romans were suppressing the Great Revolt. Early in the second century CE part of the building was reinhabited for a brief period, which culminated in the destruction of the Jewish settlement in Judea as a result of the Bar Kokhba rebellion. This is attested to by three complete jars that were discovered embedded in the courtyard floor.

It seems that the residents of this village, like most of the Jewish villages in Judea, were active participants in both of the major uprisings against the Romans – the Great Revolt and the Bar Kokhba Revolt. As a result of their involvement the place was destroyed twice, and was not resettled.

The Israel Antiquities Authority and Netivei Israel Company are examining the possibility of preserving the village remains within the framework of the landscape development alongside the highway. 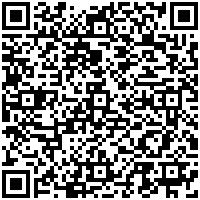