A right-wing activist, Mordechai Meier (18), was released from administrative detention and isolation, after sitting in jail for 5 months – for nothing, according to his lawyers.

Meier was placed in administrative detention in August under orders from Defense Minister Moshe Yaalon, according to a TPS report.

A short time ago his lawyers were informed he was being released, as apparently the boy had no connection to any price tag attacks, as he had claimed all along.

According to the Honenu legal organization, the courts ordered him kept in jail without trial based on faulty information supplied by the Shabak.

Honenu lawyer Itzsik Bam is calling for a complete review of the administrative detention orders which led to his being held in jail for 5 months on no basis and based on faulty information that was presented to Yaalon and the courts. 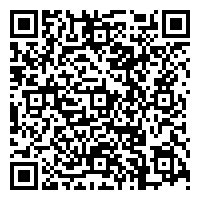