Egypt has sent a new ambassador to Israel, after three years without a representative in Tel Aviv, Israel’s Foreign Ministry announced on Sunday. The ambassador, Hazem Khairat, arrived on Friday.

Israel and Egypt have maintained peaceful relations since 1979, but in November 2012, under Muslim Brotherhood-affiliated President Mohamed Mursi, Egypt withdrew its ambassador in Tel Aviv in protest of Israel’s strong response to rockets being shot at its civilians from the Gaza Strip. Since Mursi’s forcible removal in 2013, relations between the two countries have improved significantly.


In September, Israel reopened its embassy in Cairo, four years after it was torched by a crowd of protesters.

Ambassador Khairat has previously served as the assistant to the deputy foreign minister on diplomatic and consular matters. He replaces Ambassador Atef Salem el-Ahl. Khairat belongs to a well-known family of diplomats, and has served as Egypt’s representative in the Arab League, as well as ambassador to Syria and Chile. 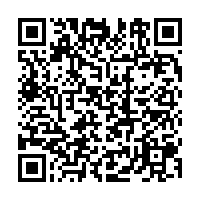