The unemployment rate in Israel fell to a 20-year low in August, and unlike in the United States, participation in the job market is increasing, according to the latest data from the Central Bureau of Statistics

The jobless rate in August was 6.1 percent, compared with a 7.3 percent in the United States. The rate for September is expected to remain the same.

However, the official  unemployment rates do not include discouraged workers who have settled for part-time jobs or have given up looking for work.

Forbes estimated in June that the “real” jobless rate is more than 14 percent, while in Israel, increased participation in the labor market indicates the opposite.

The American jobless rate also is being driven down by “baby boomers” retiring, while the higher birth rate in Israel creates a larger labor pool as well as establishing the basis for further for more growth through consumption.

High-tech still is the rage in Israel, and none other than U.S.-based Intel almost always is looking for workers.

It also has saved the jobs of 800 workers of Micron Technology employees, which decided last December decided to close down its Israeli operations. Intel will take over Micron’s fab plant and incorporate all of the workers into its work force. 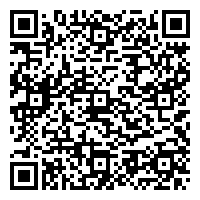