Anthony Weiner, the New York Democrat who resigned his Congressional seat after he was caught sending lewd tweets, has emerged as the number two candidate for mayor in a new poll of Democratic party candidates.

Weiner has not stated whether he will throw his hat in the race, which so far has no Jewish candidates vying to be the party’s favorite to replace Mayor Michael Bloomberg.

Weiner is testing the political waters and released on Sunday a wide-range 64-point plan for New York City.

The latest Marist poll gave him 15 percent of the vote, with City Council speaker Christine Quinn remaining in the lead but with her first-place support down to 26 percent from nearly 40 percent previously. Behind Weiner in the poll are city comptroller John Liu, Bill de Blasio, and former comptroller Bill Thompson.

Weiner still is suffering a bad image from the tweet scandal, and 50 percent of Democrats said they would not vote for him. 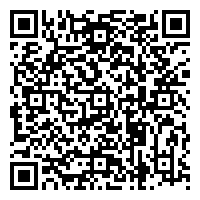