Israeli Independence Day celebrations in Boston were muted and security was increased in the wake of the bombing attack that left three dead and dozens injured at the finish line of the Boston Marathon on Monday.

Mike Rosenberg, director of community relations at Maimonides, a Jewish day school in suburban Brookline, said an event Tuesday commemorating Israel’s 65th anniversary had been toned down out of respect for the attack victims and their families.

“Messages have gone out to parents and students that in the context of yesterday’s events, there will be no dancing and more [words of Torah],” he said.

The Solomon Schechter Day School of Greater Boston called off a flag-raising ceremony for Israel’s Independence Day, leaving its flags at half-mast.

Shira Strosberg, the school’s director of communications, said security in and around its campus was ratcheted up.

“We are obviously saddened and everybody came to school today with a heavy heart,” she said. “Our thoughts and prayers go out to those affected by the bombings.”

Rabbi Yosef Zaklos, the director of Chabad of Downtown Boston, was at the marathon finishing line offering runners and their families the opportunity to put on tefillin when the bombs detonated.

“There was a huge boom about half a block away from the finishing line, followed by another one further down,” Zaklos said. “You turned away from one explosion toward another.”

After a few seconds of shock, the 31-year-old rabbi offered assistance to the injured and helped direct people to safety.

“It was horrific,” he said, “but as an individual and member of a religious leadership, you are endowed with the energy and power of the moment to address the needs of people and ask,’What can I do? How can I help?’ ”

Rabbi Zaklos said that in the hours after the attack he visited hospitals offering help to the wounded alongside clergy of other faiths.

As of late Tuesday, no one had taken responsibility for the explosions that President Obama on Tuesday morning called an “act of terrorism.”

Also as of Tuesday, there was no indication that Jewish institutions were at any particular risk. Nonetheless, community officials said they remained vigilant.

Jewish leaders in Boston and Israel expressed shock and sympathy for the victims.

Jeremy Burton, executive director of the Boston Jewish Community Relations Council (JCRC), told JNS.org, “I’m very shocked; it’s a horrible moment for our community. It’s a tragedy for the entire Boston community. It hit all of us together in a city that we love on a special day like Patriot’s Day.”

Israeli Prime Minister Benjamin Netanyahu, who has connections to Boston from his days as a student at the Massachusetts Institute of Technology and Harvard University, sent his condolences to President Obama and the American people after the Boston Marathon attack.

“A day of joy became a day of terror, I send my condolences to President Barack Obama, the American people and the bereaved families. Today, like every day, Israel stands shoulder to shoulder with the American people,” Netanyahu said at an event at the President’s Residence in Israel.

Israel’s top diplomat in Boston, Consul-General Shai Bazak, said he was shocked that such an attack could occur in a peaceful city like Boston.

“It took time to believe that it was a bomb attack,” Shai Bazak told the Jerusalem Post. “Boston is a very quiet and calm place, especially when we come from Israel with all its complex reality.”

As the investigation continues into who was behind the attack, the Boston JCRC’s Burton said the Boston Jewish community hasn’t taken any additional steps to protect its members and institutions beyond normal security protocols.

“The network of Jewish agencies in Boston have been advised to check their security protocols. But there has been no communication from security officials here to suggest that there are any specific threats against the Boston Jewish community,” Burton said. 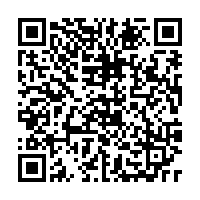