An Arab driver was caught with 5 multi-shot fireworks tubes (multi-launchers) hidden in his car as he tried to pass through the Hizme Checkpoint north of Jerusalem, according to a 0404 report.


Launching fireworks at police, civilians, children and homes has turned into the weapon of choice for Jerusalem Arabs in their latest round of rioting.

In the video below, you can see Arabs launching fireworks at police near the home of the terrorist who killed the 3 month old baby last week.

When they grow up they want to be just like Hamas. 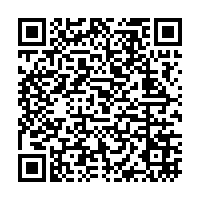