Arabs have handed out their own version of “price tag” attacks usually ascribed to Jews and destroyed a car belonging to an Al Quds University professor who led the first organized trip of Arabs to Auschwitz last year, for which he was banned from the university’s workers’ union.

Prof. Mohammed Dajani posted a picture on his Facebook page of his car after it was torched in Jerusalem.


He wrote, “Last night, my car was burned, and all I have to say is: Islam is my religion, and moderation is my doctrine and my way of life.”

First of all, it is nice to know there really are some moderate Muslims out there. They probably are a silent majority.

Secondly, the reason they are silent is because the radical, extremist, lunatic, barbarian and Satanic Islamists have struck fear into the hearts of their brethren no less than those in the West.

Dajani heads a movement that promotes Western concepts of moderation and democracy based on principles he understands from the Quran.

That is heresy in the bloody eyes of the extremists, who are doing a good job of convincing the world that Islam equals Terror. 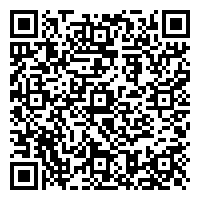