The attackers threw stones at a number of vehicles as they passed the spot where the terrorists were hiding, near the Arab village of El Aroub, a hotbed of terrorist activity.

In the Binyamin region, Arab terrorists also threw stones at an Israeli driver traveling northeast of Ramallah, near Turmus Aya, and in a separate incident, attackers from the village of Kifl Harat threw two flaming firebombs (Molotov cocktails) at motorists traveling on Route 5.

No physical injuries were reported in either attack, according to Hatzalah without Boundaries. 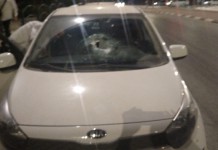 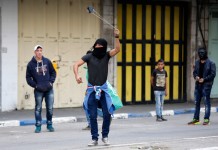