Arab terrorists are continuing their campaign of hate with scattered attacks attempting to frighten Jewish residents out of living in their communities among the hills of Judea and Samaria.

The attackers were attempting — but failing — to maim and kill Israeli drivers Tuesday night with reduced but continued assaults during the early evening hours despite the start of the holy Islamic Hajj pilgrimage to Mecca — a time which is supposed to be infused with heightened spirituality among Muslims.


An Israeli driver was firebombed near the “T Junction” in Judea’s Gush Etzion region very early in the evening, the Hatzolah emergency medical response service said. No physical injuries were reported.

Terrorists hurled rocks at Israeli vehicles in a drive-by attack near the Jewish community of Beitar. No physical injuries were reported but at least one vehicle was damaged in the attack.

In Samaria, Israeli drivers came under a hail of rocks on the road between the Jewish communities of Tapuach and Migdalim. No physical injuries were reported. There was no information about damage to the vehicles.

In the Binyamin region on Highway 446, between the Na’alin checkpoint and the Arab village of Dir Qadis, an Arab driver tried to sideswipe two Israeli vehicles as they were traveling along the road. The Arab driver fled the scene after colliding his vehicle into the two Israeli cars. No physical injuries were reported in the attack but there was no information about damage to the vehicles. 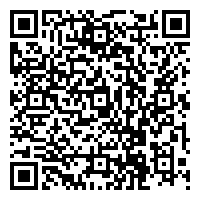