On Tuesday after Pesach, a group of Haredi children went up to visit the Temple Mount with their chaperons. The Temple Mount is the Jewish nation’s holiest site.

The children were violently assaulted by a mob of Arabs who were waiting there to attack Jewish visitors.


In the video, you can see the police are practically overwhelmed as they try to create a human fence around the children.

Repeatedly in the video you hear the police checking if all the children are still there, and haven’t been snatched away by the Arab mob.

One of the adults in the video can be heard telling the children, “The police are here, don’t be afraid.”

The Arabs threw objects at the children, and in a classic anti-Semitic act, yanked their payos (sidelocks).

Arab violence on the Temple Mount has been escalating as of late.

After watching this video you need to ask, why are Arabs allowed on the Temple Mount at all? 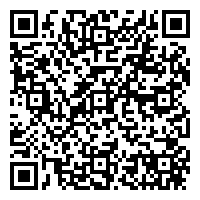