Just after midnight on Saturday night (Tisha B’Av), Arabs on the Temple Mount, from inside the Al Aqsa Mosque, attacked a large group of Jews who were walking around the Old City in commemoration of Tisha B’Av.

The walk was organized by Nadia Matar, Yehudit Katsover and the Women in Green, and is held every year in remembrance of the destruction of the Jewish People’s two Temples in Jerusalem, which happened on the Hebrew date of the 9th of Av.


It’s estimates that a thousand people participated in the procession.

Towards the end of the walk, as the tail end of the group passed by the southern wall, below the Dung Gate, Arabs who were inside Al Aqsa mosque fired some fireworks, and then began throwing rocks down at the Jews walking on the main road, including at the editor of JewishPress.com, who watched as the rocks flew by.

Police cleared the road, and tried to spot the attackers.

As a result of the Saturday night attack, police realized that there was terrorist activity being organized inside Al Aqsa Mosque.

As the police approached, the Arabs attacked them with fireworks, rocks and cement blocks, and sprayed police with an unknown liquid. The Arabs were also preparing firebombs to throw.

Four policemen were injured in the attack. Two were evacuated to Hadassah Ein Karem hospital. Two were treated on site.

At present time, the police managed to lock the Arab terrorists inside the Mosque, where they can’t attack anyone.

The Arabs were apparently planning to attack Jewish visitors to the Temple Mount with the firebombs, fireworks and cement blocks, and if they had succeeded, far more people would have been injured.

Visits to the Temple Mount were then permitted to Jews in groups of 30.

One Jewish visitor has been arrested so far, under suspicion of saying the Sh’ma Yisrael prayer.

The Islamic Waqf and the Israeli police forbid Jewish prayer on the Temple Mount.

And this is why we still have commemorate Tisha B’Av. 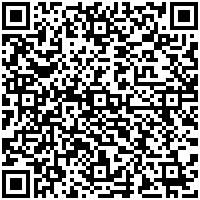