Excavations at an office construction site in downtown Tel Aviv have unearthed evidence that Egypt occupied the “city that never sleeps” 5,000 years ago, more than a millennium before the Jews left slavery in ancient Egypt and proceeded to the Promised Land.

Fragments of ancient pottery vessels used to prepare beer were discovered in excavations the Israel Antiquities Authority (IAA) is conducting in conjunction with a construction project by the Rubenstein Company, according to excavation director Diego Barkan.


The construction site is located next to the Ma’ariv Bridge in downtown Tel Aviv.

We found seventeen pits in the excavations, which were used to store agricultural produce in the Early Bronze Age (3500-3000-BCE). Among the hundreds of pottery sherds that characterize the local culture, a number of fragments of large ceramic basins were discovered that were made in an Egyptian tradition and were used to prepare beer….

Beer was the “national drink of Egypt” in ancient times and was made from a mixture of barley and water that was partially baked and then left to ferment in the sun.

Various fruit concentrates were added to this mixture in order to flavor the beer. The mixture was filtered in special vessels and was ready for use. 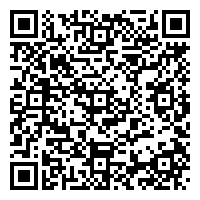