Four people comprise the Likud negotiating team putting together Israel’s next government: attorney David Shimron, MKs Zeev Elkin and Yariv Levin, and a less familiar face, although he has been hovering next to Netanyahu for years, Yoav Horowitz, CEO of Avis leasing and rentals in Israel, Calcalist revealed on Sunday.

Who is Horowitz? “He’s Netanyahu’s eyes and ears,” a source told Calcalist. “He’s very close to him, literally his personal representative everywhere.” And the same source points out that “you can not ignore the fact that he comes from a different background, and brings with him a broader and different approach than the other members of the negotiating team.”

Horowitz, 54, has served as Avis Israel CEO of Avis since 2008. He takes pride in his close friendship with Benjamin Netanyahu, who is 12 years his senior. Both of them served in Sayeret Matkal, the special forces unit that has bred several Israeli leaders, including former prime minister Ehud Barak, former defense minister Shaul Mofaz, current defense minister Moshe Yaalon, and Netanyahu’s late brother, Yonatan, who was killed in action while commanding the unit.

Horowitz’s career path has had nothing to do with politics, or to Netanyahu’s career, but they have kept in touch for years, and what used to be a superficial connection has intensified over the years.

Horowitz told Calcalist that his relationship with Netanyahu is based on personal trust and on the esteem he holds for the Prime Minister. They never had a business relationship, but Horowitz insists they definitely share the same world view and sense of mission.

Their deeper connection began against the background of one of Israel’s most traumatic periods, the 2005 eviction of some 10,000 Jews from their homes in the Gaza Strip, a unilateral move that came with promises of peace and security on the part of the Sharon government, but ended in two wars and much violence in between.

In 2005, on the eve of implementation of the disengagement plan, Horowitz was recruited by former Likud member Uzi Landau to head the Jewish settlers’ struggle against the plan. Horowitz served in a “professional” capacity, coordinating on the ground the Likud rebel group against the plan.

This made him an ideal man to lead Netanyahu’s primary elections team in 2005, bringing to him the right wing of the party. Netanyahu won, and four years later became prime minister.

Horowitz remained on good terms with Netanyahu, but served him only in an ad hoc capacity, leading political moves on his behalf, such as the reservists mass protest against the Olmert government’s failed Second Lebanon War.

In 2008, after becoming Avis Israel CEO of Avis, Horowitz terminated his other businesses and toned down his political action. According to his tax reports, his annual income for 2014 was $420,000, including stock options.

In recent years, Netanyahu has brought Horoitz closer. He was offered twice the job of director of the prime minister’s office, as well as the position of chief of staff. He refused all three.

Business people interviewed by Calcalist (anonymously) have been consistent in saying that Horowitz is yet to do anything spectacular as businessman. He is described as conservative and cautious, which aren’t the qualities that make you a star. But serving the prime minister may not call for stardom, but rather for a loyalty and an understanding of the boss’s desires.

Some in the Likud believe Horowitz’s presence in the current coalition negotiations signals his next role as Netanyahu’s right hand in some official capacity. If this happens, it would also be a signal that the prime Minster is determined to stick to a right-leaning agenda. 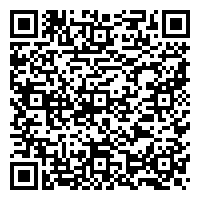