In a secret ceremony held Tuesday, officials inaugurated the  site of King Solomon’s coronation in the City of David.

The massive Canaanite fortress, built some 3,800 years ago, protects the Biblical Gihon Spring by allowing access to the water solely through a western entrance from within the city.


In the Book of Samuel (Shmuel) II, Chapter V, King David conquered the Zion Fortress from the Jebusite king and his men. Archaeologists believe it is possible they have discovered the fortress referred to in the Biblical passage, entered by King David’s soldiers as they conquered Jerusalem from the Jebusites.

At the beginning of the Book of Kings I, the prophet Nathan and Tzadok HaKohen describe the coronation of King Solomon as having taken place “on Gihon.” Researchers believe the ceremony took place at the heart of the Spring House, over the gushing Gihon Spring.

“When we open the Bible and read about King Solomon who was crowned here, on the Gihon Spring, today you can come and see that this is where it all started,” said Oriya Desberg, director of development at the City of David.

It took archaeologists 15 years to uncover the structure in one of the most complex and digs ever undertaken in the State of Israel.

The Spring House is a massive Canaanite fortress built in the 18th century BCE and is the largest such structure ever uncovered from the pre-Herodian period.

The archaeological dig from which the fortress emerged was led by Haifa University’s Professor Ronny Reich and Eli Shukron of the Israel Antiquities Authority.

“In order to protect the water source, they built not only the tower, but also a fortified passageway that allowed the city residents a safe access to the water source,” explained archaeologist G. Uziel. The passageway continued to operate until the end of the Iron Age, the archaeologist said, “and it was only when the First Temple was destroyed that the fortress collapsed into ruins and was no longer used.”

The walls  – 23 feet (seven meters) thick – were built with stones that are about ten feet (two to three meters) wide, and no mechanical tools were used in the construction. 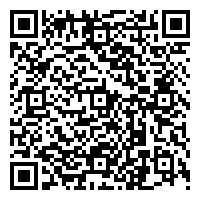