The epidemic of child terrorists continues, as does the incitement in the Arab media.

A 13-year-old Arab boy raised the suspicions of Border Police in Hebron, near the Ma’aarat Hamachpela (Tomb of the Jewish Patriarchs) on Saturday.


The police searched the boy and discovered a large knife in his possession.

The wannabe child terrorist was arrested. 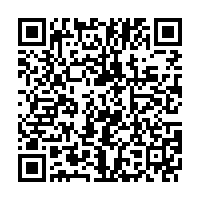