Ashkelon Mayor Itamar Shimoni has walked back his decision to lay off city Arab workers in the aftermath of the deadly synagogue attack in Jerusalem.

On Sunday, Shimoni agreed to allow the workers to complete construction work on bomb shelters in the city’s preschools and relocate the students to the local community center.


Last week, Shimoni caused a storm in Israel, which foreign media gladly lapped up, when he publicly announced that he ordered a halt to the building so Arab workers would not enter.

Virtually every political leader jumped over each other to denounce Shimoni, who insisted he was not a racist but simply was answering the concerns of parents pressured him out of fear of another Arab murderer picking up a knife or axe and attacking Jews

Shimoni announced the ban three days after the barbaric slaughter by Jerusalem Arabs who killed four Jews while they were praying in a Jerusalem synagogue. Others were seriously wounded, and one Canadian-American, as reported here yesterday, is in a coma.

“Unfortunately, my decisions were taken out of proportion,” Shimoni told Ynet. “I was simply listening to the parents of the mentioned kindergartens. At no point did I order the expulsion of Arabs from Ashkelon.”

Had he said that when the media and politicians were all over his case, he might have reduced the damage to Israel. Instead, he bathed in support from his supporters in the city, which has suffered thousands of missiles and rockets in attacks from Gaza over the past decade, and until this week he did not make a peep that he had not barred Arab workers.

Shimoni undoubtedly expressed the raw feeling of tens if not hundreds of thousands of Israelis.

Why let Arabs work if “they” kill Jews?

Such a ban theoretically could get the message across to the majority of Israeli Arabs to pressure the minority to take their anger to Syria and die there as ISIS martyrs, but law-abiding Arabs are just afraid of their brethren as Jews are.

I personally don;t ever let an Arab or Bedouin even near my house, let alone work. but that is not because of fear rather it is because I am willing to pay more so that Jews can work. That is  great solution on a private basis.

Israel has to find another way to deal with the reality, and the threats of legal action against the mayor of Ashkelon apparently convinced him that to climb-down from a weak limb.

International media hardly care that he has repented, even if for the wrong reasons. 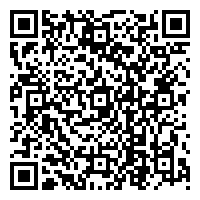