The windshield was smashed by the rock which just missed a six-month-old baby in a front carseat. The rock instead went over the baby’s head and landed in the backseat of the car.


The mother and the baby were covered in glass, but miraculously the only physical injuries were minor scratches.

One report on the attack on social media quoted the father of the baby saying, “We were attacked by fifteen masked [Palestinians]. This was clearly attempted murder. Thank God, it was a miracle from heaven.”

One woman who claims to be “Chicago/Palestinian” tweeted her disappointment that neither the baby nor the mother was killed:

Those are the kind of people whom the world wants Israel to treat as a peace partner. 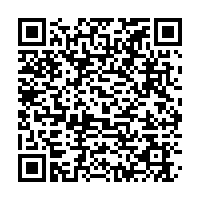