Teen board members of United Synagogue Youth, apparently the last bastion of Jewish non-assimilation for the Conservative movement, were given a mixed message this week at best on the issue of interfaith dating. At worst, they were told it’s “important” to date within the Jewish community (wink wink).

USY’s board of directors voted Monday to relax its rules barring teen board members from dating non-Jews. (The issue has not been mentioned at all with regard to teens participating in USY programs.)


The USY board upheld the requirement for teen board members to be “Sabbath and holiday observant” with regard to travel, public functions and in connection with taking school exams.

The newly adopted amendment states teen board members should “model healthy Jewish dating choices.” It then continues: “These include recognizing the importance of dating within the Jewish community and treating each person with the recognition that they were created Betzelem Elohim (in the image of God).”

According to the 2013 Pew Research Center survey of American Jewry, four out of ten Jews who define themselves as members of the Conservative movement, and who have married since 2000, have married out of the faith.

Rabbi David Levy, professional director of USY and director of teen learning at the United Synagogue of Conservative Judaism told NJ Jewish News, “While we maintain the value that dating within the faith is key to a sustainable Jewish future, we want to be positive and welcoming to USYers, many of whom are from interfaith families.” He added the movement’s educational programs will continue to promote the importance of dating within the faith and committing to creating Jewish families. 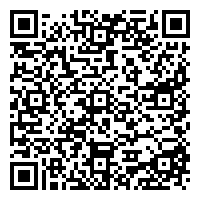