Al Qaeda is recruiting wannabe terrorists via its online magazine to carry out lone wolf bombings on U.S. commercial airlines.

The New York-based Anti-Defamation League sounded the alarm about the terror group’s intentions on Wednesday, adding that financial figures and prominent economic personalities were also being targeted.


The 13th issue of “Inspire” was released by Al Qaeda in the Arabian Peninsula (AQAP) on Dec. 24, the day before Christmas — one of the busiest travel days in the year.

The magazine contains an article with explicit instructions for easily building a portable bomb inside a 17cm plastic water bottle case. Entitled “The Hidden Bomb,” it was posted as a central feature of the English-language magazine.

The entire issue, in fact, is focused on Al Qaeda’s strategy for defeating the United States by attacking American military technology, manpower, media and economy.

The magazine suggests the easy-to-build homemade bombs be used against U.S. commercial airliners – specifically American Airlines, Delta, United or Continental — ideally over U.S. soil. Included are instructions about the best location on the plane for planting the explosive and the altitude at which to detonate the device. Failing the opportunity to attack a U.S. airline, the magazine suggests aiming at British Airways, Easy Jet, Air France or Air France KL.

The advantages of this bomb as described in the article is that it is allegedly undetectable by dogs, odor-detecting machines or metal detectors. It is, however, detectable by millimeter wave scanners – a small issue the terrorist group says may not be such a problem because “in most cases they are not used in local airports.”

The magazine also praises individuals who have carried out terror attacks for the cause of radical Islam, such as Man Haron Monis in Sydney, Australia, who last week held 15 people hostage for hours at the Lindt Chocolate Cafe. Two people died in the attack after police commandos finally stormed the site.

“The Lions of Allah who are all over the globe – some call them lone wolves – should know that they are the West’s worst nightmare.”

The magazine has played a role in the radicalization of multiple domestic extremists, the ADL pointed out, including the Tsarnaev brothers who were responsible for the Boston Marathon bombing.

Following notification by the ADL, YouTube removed the video promoting the Inspire 13 magazine from its site. 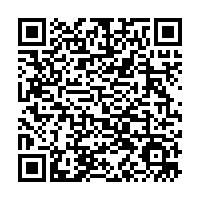