January 27 is International Holocaust Memorial Day and the 70th anniversary of the liberation of Auschwitz. With this in mind and the aftermath of the Paris terror attack on a kosher supermarket, there has been a great deal of discussion and commemoration in the media.


But could the BBC have asked a more crass, insensitive and downright offensive question on Twitter?

Our one big question this morning: Is the time coming to lay the Holocaust to rest? #BBCTBQ

This was the question asked on The Big Questions, a BBC debate show on moral, ethical and religious issues. However, irrespective of the quality of the debate on the show itself, the tweet needs to be seen in isolation because many of those who saw it on Twitter would not have seen it in a larger context.

And how inappropriate for the BBC to even be debating the topic with such a question precisely during the buildup to events commemorating the biggest crime in modern history.

Perhaps the question may have related to a poll that found that some 58 percent of Germans say the past should be consigned to history in reference to the Holocaust. This, however, does nothing to excuse the BBC from raising the issue in such a format that lacks any relevant context to such a sensitive topic.

In addition, a TV debate or discussion is a controlled environment with a moderator as is the case on The Big Questions. Twitter, in comparison, is a virtual jungle where the only moderating influences are those of other tweeters.

The BBC has proudly publicized its comprehensive coverage of Holocaust Memorial Day, drawing attention to a wide range of programming. This included The Big Questions on the BBC’s media release which stated:

A one-hour special Big Questions on BBC One will look at the anniversary and the issues involved from never forgetting, to man’s inhumanity. It will also ask: could something like this happen again?

How did the original question, “could something like this happen again?” and the stated emphasis of the program change so drastically? That it has indicates something insidious within the BBC.

Undoubtedly, had the BBC’s media release published in October 2014 included the question that ultimately was asked, those figures involved in Holocaust remembrance would have raised the alarm.

In light of this and Tim Willcox’s appalling questions to the child of a Holocaust survivor, it seems that insensitivity is something that the BBC is getting rather good at.

What or who exactly does the BBC want to lay to rest? Holocaust survivors? The memory of six million Jewish victims of Nazi genocide? The BBC evidently has no moral compass when it comes to Jews or Israel. Why should this even be up for debate and why is it only issues of immense importance to Jews that the BBC is prepared to ride roughshod over?

The BBC originally asked could something like the Holocaust happen again. Asking whether people should forget about the Holocaust could very well increase the possibility of it happening again. 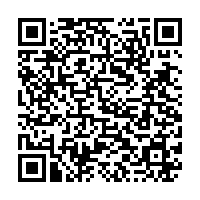