Tensions began to flare on January 18, after the bombing of a Hezbollah convoy on Syrian territory. Twelve people were killed in the attack; all of them Iranian and Hezbollah soldiers. The bombing was widely attributed to Israel.

Since the convoy bombing, high levels of tension have been felt all along Israel’s northern borders. The main concern is a Hezbollah retaliation that could drag Israel into an unwanted military campaign.

In a couple of incidents during the last nine days, the IDF detected suspicious movements on the Lebanese-Israeli border. The immediate suspicion was that Hezbollah terrorists were trying to infiltrate Israel. Precaution measures were taken as roads were blocked and civilians were ordered to remain at home in the Upper Galilee region.

Tamir Duadi, a volunteer at Kibbutz Manara’s Emergency Squad, spoke to Tazpit News Agency about one of those incidents. “We were on lockdown for about 90 minutes. It is not a common event but we do get high threat levels from time to time. Since the bombing of the Hezbollah convoy, IDF forces are much more present in our region,” Duadi told Tazpit News Agency.

Dr. Ely Karmon, an expert on terror and Hezbollah from the International Institute for Counter-Terrorism at the Interdisciplinary Center in Herzliya, told Tazpit News Agency that he doesn’t think a war between Hezbollah and Israel is likely to erupt. “Hezbollah can’t handle a Syrian front and an Israeli front. Hezbollah has already lost more than 1,000 combatants in Lebanon; a second front will weaken their organization substantially.”

According to Dr. Yehuda Blanga, an expert on Middle-East politics from Bar-Ilan University, “respect and prestige will probably compel Hezbollah to retaliate against the alleged Israeli convoy bombing, though, retaliation will be specific and well measured, because Hezbollah does not want a war with Israel.” He told Tazpit News Agency.

The two rockets which were fired today compelled an Israeli retaliation. Artillery shells were fired into Syrian territory. In addition, roads were blocked by the IDF, and Israeli civilians were instructed to remain in proximity to protected spaces.

A security source told Tazpit News Agency that “Israel has no desire in a violent escalation. We hope our retaliation to the two rockets exploding in the Golan Heights will suffice. We are now waiting to see what will be the response on the Syrian side of the fence.” 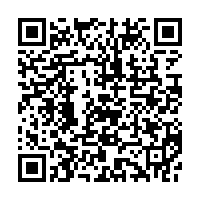