Taleb Abu Arar, the new Bedouin Knesset Member from the Raam-Taal party, is facing an unusual dilemma, according to this morning’s Maariv: which of his two wives to bring to the ceremonial plenum next week, when he swears allegiance to the Knesset and the state.

In the end, it appears that the freshman MK solved his dilemma in a simple manner: “I’m not inviting any family,” he said on Sunday. “I decided to invite only dignitaries from the Negev region.”


Abu Arar has an impressive personal record: he is an attorney, teacher, chairman of a workers committee and a school vice principal. In the past he also served as head of the local council of the Bedouin village of Ar’ara in the Negev.

The new MK is married to one wife who is 8 years his senior and has given him “almost ten children” (goes the official bio). His younger wife, who is 22, has already given Taleb one child, and lives in her own house in Ar’ara. The young couple spent their honey moon in Cairo.

Abu Arar’s two wives have been a well known secret among the Arab MKs. A source inside his party told Maariv that Abu Arar is not violating the state anti-bigamy laws because the younger woman is officially only his mistress.

When there’s a will… 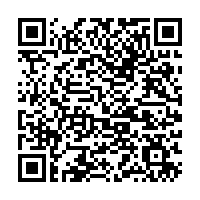