On Sunday evening, three Bedouin youths travelling on Egged bus #48 from Be’er Sheva to Dimona demanded the bus driver stop on the side of the road so they could get off the bus, according to a report in NRG.

The bus driver refused as there was no bus stops on that section of the road.


The youths then jumped on the bus driver, grabbed and sharply turned the steering wheel of the moving bus, driving the bus full of passengers off the side of the road.

The bus driver quickly hit the brakes before the bus turned over, and passengers on the bus went flying.

The driver opened the door and the Bedouin youths jumped off the bus.

A number of unarmed soldiers on the bus, jumped off the bus too and began chasing them.

Four people were lightly injured in the incident. 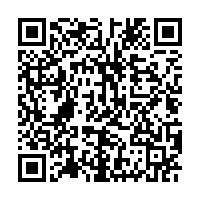