Washington’s military presence in Syria violates international law, and therefore must not be accepted as a legitimate war against terrorism, Russian Foreign Minister Sergey Lavrov said on Monday, walking out of a meeting with Jordanian Foreign Minister Ayman Safadi.

“Since the very beginning, we have consistently taken a very clear stance. Everyone who is on Syrian soil or in Syria’s airspace without the consent of the Syrian government violates international law,” Lavrov said.


What happened to all that good will towards Russia that set Presidential Candidate Donald Trump from all his foes? How did things came down to the “Butcher from Damascus” becoming the yardstick of compliance with International Law?

“We cooperate in this format with the Syrian armed forces exclusively for quashing terrorism and ending the civil war, starting to solving humanitarian problems and advance in political settlement,” Lavrov insisted, complaining that “some unwelcome guests with arms in their hands are in Syria’s territory.”

Minister Lavrov pointed out that “as we saw a possibility to cooperate with them in the war on terror in the interests of all Syrian citizens, such contacts were established.” But, unlike those American violators of International Law, he continued, “Russia, as well as the representatives of Iran, including the representatives of the Hezbollah movement, is working here upon a direct invitation of Syria’s legitimate authorities.”

So now you have it: Russia, Iran and Hezbollah are the foundation of International law, because they are in Syria on the invitation of President Assad – everybody else, not so much.

Russia’s top diplomat recalled that under Barack Obama’s presidency Russia and the US worked out a scheme of steps backed by the Syrian leadership, but it was not fulfilled. “They lacked courage, capability or an opportunity to distinguish those opposition members, with whom the US side is cooperating, from [Al Qaeda-affilated] Jabhat al-Nusra,” Lavrov said.

That’s the same Lavrov, mind you, who was invited into the Oval Office by President Trump, who on that occasion revealed to him the name of an Israeli-run informant inside Syria. Does friendship mean nothing to those Russians?

Incidentally, the Jordanian FM had nothing to say to the press in Moscow – we checked. This may have to do with the fact that Jordan receives just under $1.3 billion annually from the US. Silence is golden. 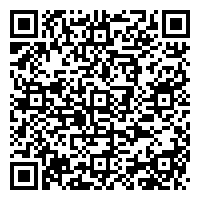